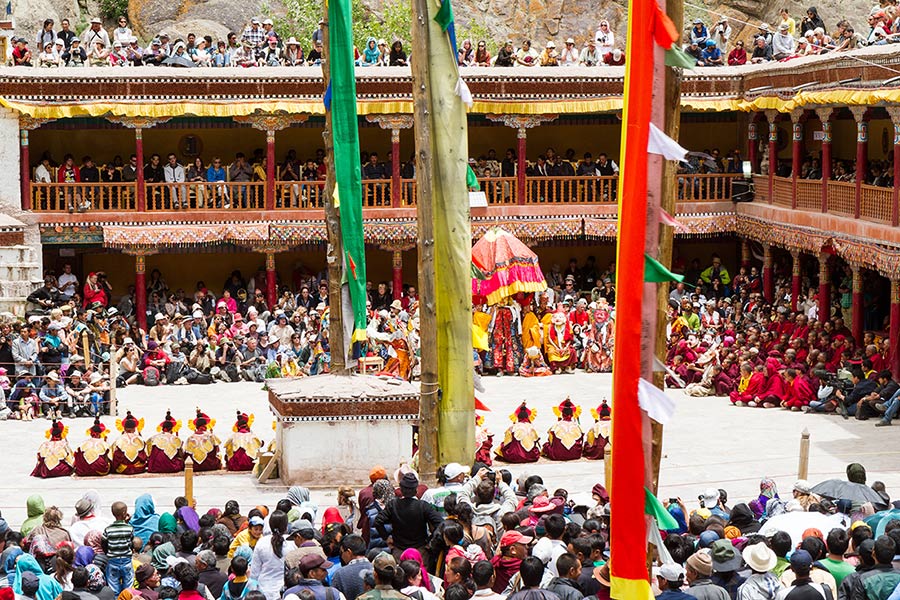 The Hemis festival is one of the most important celebrations in Ladakh, a region in the extreme north of India, and occurs on the anniversary of the birth of the important figure of Guru Padmasambhava. The Guru Padmasambhava, also called Guru Rinpoche, is a very important figure like the Buddha, and is considered the most important diffuser of Buddhism, who undertook a long journey from India to Tibet to spread the sacred message of Buddhism. The Hemis Festival takes place in the courtyard of the Gompa of Hemis, the largest and most important monastery in Ladakh. This festival attracts all the local population, who for the occasion dresses up with the best traditional clothes, and among splendid masked dances, with the accompaniment of cymbals and drums the Lamas, also called Chhams, perform the religious function. The Hemis festival is a unique and very spiritual ceremony, attending this event will take you into the heart of Buddhist philosophy and spirituality.

Watch our itinerary in Ladakh for the Hemis Festival