Burma (or Myanmar) is a state in South East Asia, with a population of 52 million people and bordered by India, Bangladesh, China, Thailand and Laos; the Bay of Bengal touches the southwest coast.
Naypyidaw is the capital, the official language is Burmese and the main religion in Bhuddism (89%).

We offer two tours in Burma, the first one is The best of Myanmar and the second one is Burma: trekking, tribe and temples.

THE BEST OF MYANMAR
Period: 12 days

Myanmar is one of the most beautiful and unspoiled countries in Asia. The sustainable tourism tour was designed to offer the best of it with a relaxed rythm. 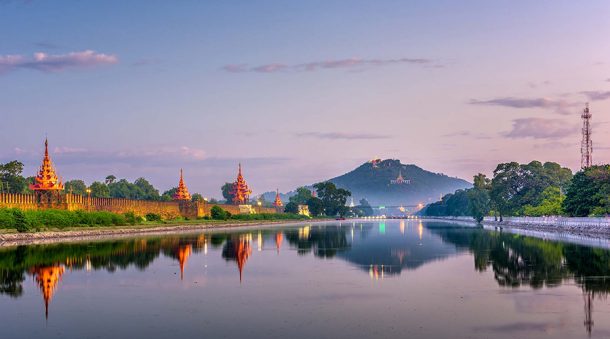 THE ESSENCE OF BURMA
Period: 9 days

This travel in Burma was designed for those who have little free time and want to experience the wonders that the country has to offer. This tour will make you discover all the beauties of Burma and it will continue with a seaside stay in Mergui islands. CRUISING IN THE ANDAMANS AND MOKEN EXPERIENCE
Period: 9 days

With a cruise in the Andaman sea, you can stroll on long beaches, snorkel in turquoise waters and explore the tropical forest. Here you can find out about the tour extensions you can request in Burma.

Burmese cuisine has been influenced by Chinese and Indian cuisine, the most typical dishes are:
Mohinga – rice noodles with curry soup
Onnokauswe – noodles with coconut milk soup
Laphet Thote – fermented tea leaves, salad and driedn fruit with rice aside
Meeshay – chinese dish with rice noodles with pork or chicken and a meat sauce.
Palata – fried indian bread served at breakfast with sugar or at lunch/ dinner with meat
Shan Food – typical of the Inle Lake area, very tasty and spicy

How to get here
Passaport: a minimum of six months validity.
Visa: mandatory, send your request to the Burmese Embassy in your country.
International Airport: Yangon.

Burma Climate
Burma with monsoons coming from South-west from June to September and coming from North from December to April. Best time to visit the country is from November to March.

Burma
Alwasy ask your doctor what vaccines and medicines you need based on where you are going, how long you are staying, what you will be doing.
Recommended vaccines for Burma are: hepatitis A and B, japanese encephalitis, typhoid, rabies, diphtheria and tetanus. Malaria vaccine is recommended especially if you are visiting low-altitude areas.