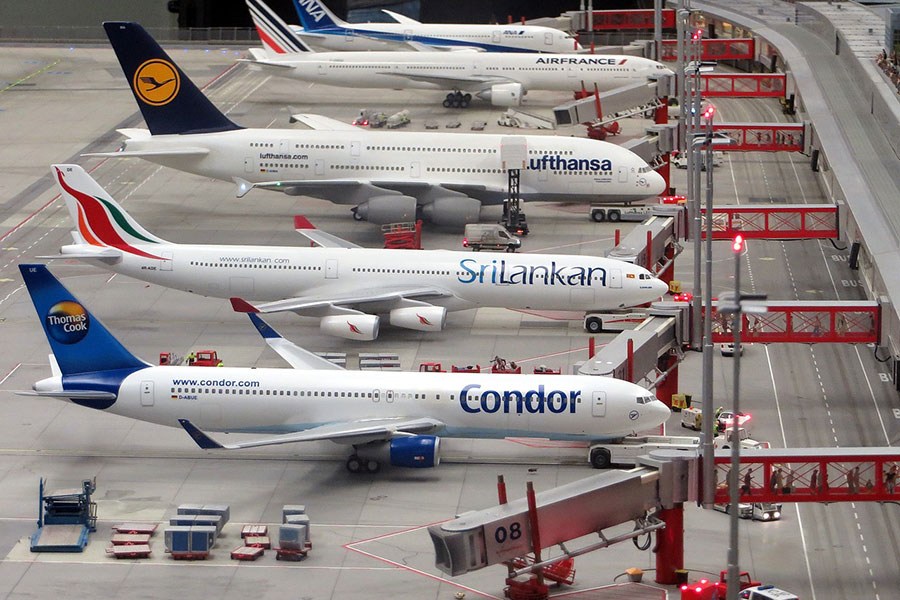 Sri Lanka is an enchanting land with a warm and hospitable atmosphere. It is called ‘the pearl of the Indian Ocean’ or even the ‘teardrop of India’ because of its teardrop shape. Sri Lanka was under the colonial rule of England for about a hundred years and, for this reason, the English language is known and spoken throughout most of its territory. This nation has a record of real significance: it was the first country in the world to elect a woman as president of the government. It was Sirimavo Bandaranaike who took office back in 1960. And it is of this beautiful land that we speak to you today: follow our tips for safe travel in Sri Lanka that you will find in the following paragraphs, to fully enjoy your holiday.

To enter Sri Lanka you must have a passport with at least six months validity and in which there are one or two free pages where the authorities will affix the entry visa.

To apply for a tourist visa in anticipation of going to Sri Lanka, you can proceed easily and quickly online by accessing the site: http://www.eta.gov.lk/slvisa/

The tourist visa costs about $ 35, and you can pay directly online by credit card, after filling out the form with your data.

Once you have completed the visa application process, you will receive an email confirming that the form has been filled out correctly and informing you that the procedure has been successful. It will take approximately 24 hours to receive an e-mail with the approved visa. For your own safety, we suggest that you print out your visa, although it is not compulsory to do so.

Once you have entered the country you can extend the duration of your visa by applying to the relevant authorities at the Department of Immigration and Emigration in Colombo.

If you intend to take a considerable amount of cash with you, it is necessary to declare to the border authorities any sum exceeding the equivalent of US$10,000. However, the Euro is valid for purchases and can be obtained in most banks in the former capital Colombo.

Payments can be made in dollars in cash, Travellers’ Cheques or by credit card. Credit cards are frequently used for payments in accommodation, as there are few ATMs in the rural provinces, especially in the north. We recommend keeping receipts of any currency exchanges when you are leaving the country (for example Rupees exchanged for Dollars or Euros) as they are required by the authorities for routine checks.

Also remember to be careful when repatriating if you have purchased antiques. In addition to proving the purchase at certified shops with a receipt, you should bear in mind that you cannot export antiques older than 50 years from Sri Lanka. 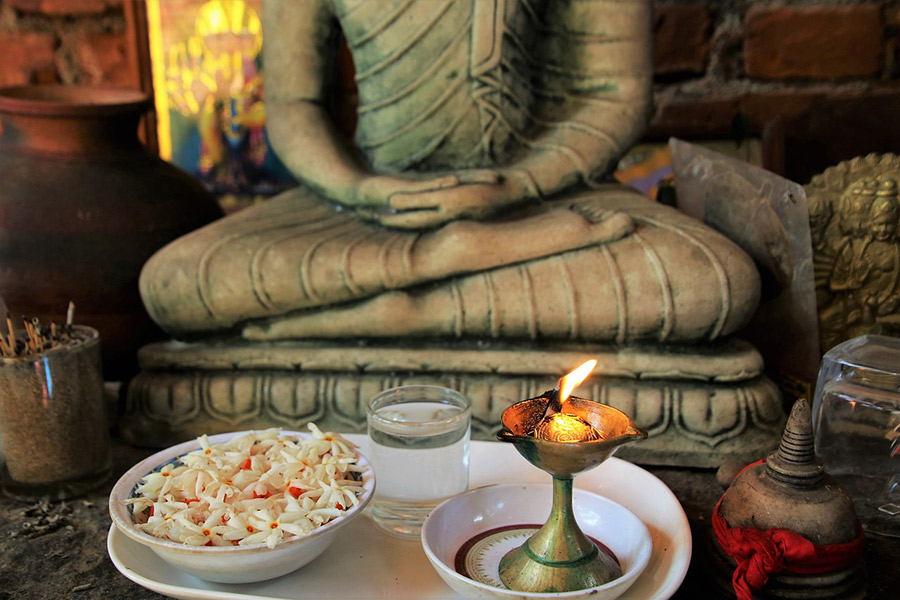 SAFELY TRAVEL IN SRI LANKA: OUR FOUR-LEGGED FRIENDS ON THE MOVE

In order to bring our small friends (dogs or cats, but also any other animal) with us to Sri Lanka, it is essential to obtain a permit. We can apply for this permit through the website of the Department of Health and Animal Protection of Sri Lanka, in the section Import/Export (Application for Dogs and Cats). At the moment the completion of the online form is suspended but you can write to the email indicated to complete the procedure.

Unfortunately the health facilities in Sri Lanka are not in a good condition and the level of care can therefore be described as poor. We have to forget the western standards we are used to and, far from the inhabited centres, it is often impossible to find support for emergencies or medical therapies.

For more complex operations, it is advisable to return to one’s own country or, if urgent, to go to the nearest hospitals in Singapore or Thailand.

With regard to the situation of endemic diseases in Sri Lanka, an increase in the number of cases of Dengue fever has been reported compared to the average for the season, with more aggressive forms between May and September, in the areas in the south-west of the country, and from November to April in the north-east, during the monsoon period.

Chikungunya fever is still present, although it is considerably decreasing. The areas most affected by this disease are Gampaha (near Colombo) and the metropolitan part of the capital such as Kandy, Kurunegala, Anuradhapura as well as the area known as the ‘cultural triangle’.

In any case, the health authorities regularly organise clean-up operations to combat the spread of the type of mosquito responsible for these diseases. The World Health Organisation has also confirmed that malaria has been definitively eradicated in Sri Lanka. In any case, it is recommended that travellers take the right precautions to avoid bites from these insects, using repellents and covering their arms and legs.

SAFE TRAVEL IN SRI LANKA: WARNINGS FOR THE HEALTH SITUATION

Travelers suffering from major illnesses that may require hospital care are advised not to leave for this country. We reiterate the advice to use repellents against mosquitoes or insect bites in general and to cover legs and arms mainly with suitable clothing to protect against bites.

If you develop a fever, we advise you not to take antipyretics or other similar medication, but to consult a doctor first: antipyretics are contraindicated in cases of Dengue fever.

We also recommend that you observe the following practical guidelines:

If you are victim of bites from stray animals, which are present in large numbers on city streets, it is essential that you take the anti-rabies prophylaxis. Remember, as we have already indicated, that it is advisable to take out insurance before departure to cover medical expenses as well as a possible transfer for hospitalisation in another country or repatriation on an equipped flight.

Vaccination against Yellow Fever is compulsory for travellers over 1 year old coming from countries at risk of transmission or who have been in one of the airports of the following locations for more than 12 hours: Senegal, Guinea, Sudan, Ethiopia and Kenya or Congo, Uganda and Gabon as well as Colombia, Peru, Bolivia and Paraguay.
Let us now take a look at the security situation in the country. 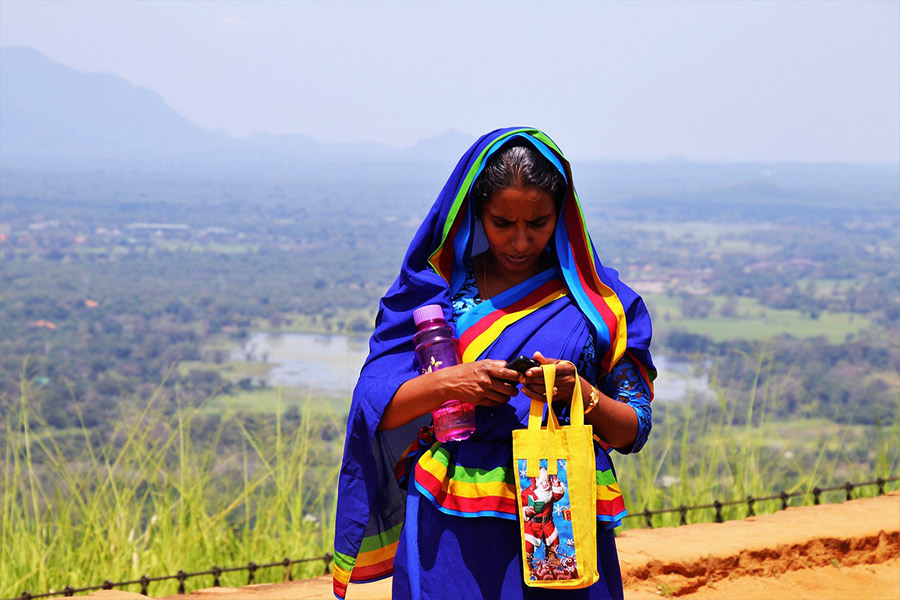 SAFE TRAVEL IN SRI LANKA: SECURITY IN THE COUNTRY

Sri Lanka, after the end of the conflicts between the government and the Tamil Tigers (a paramilitary group with communist and nationalist ideology that created tensions in the country in 2009), was able to live in tranquillity for a long time until, unfortunately, the unfortunate events of 2019 when several attacks took place in Colombo, Batticaloa and Negombo.

After these sad events, the situation in the country has normalised and can now be described as calm, thanks also to the massive control over the entire territory that the police have been able to organise. In any case, since it is not possible to completely exclude possible social tensions linked to the new political climate in relation to the elections held last August, we always recommend that travellers keep up to date with any communications in order to be informed of the situation in real time.

With regard to crime in general, crimes such as pickpocketing or theft against foreign tourists have been documented, especially in tourist areas in the south of the country. A few reports of sexual harassment of Western female tourists were reported by the competent authorities.

The control bodies and the armed forces are doing an excellent job of maintaining a high level of security throughout the country, especially in areas considered to be at risk such as the northern region of Vavuniya, Kilinochchi as well as Mullaitivu, where checkpoints and document checks can be found, or areas where there have also been clashes between ethnic factions in the past.

In the departments of Jaffna, Kilinochchi and Mullaittivu, caution should be exercised as there are still ongoing mine clearance operations near areas where military camps are located.

SAFE TRAVELLING IN SRI LANKA: SUMMARY OF WARNINGS AND SUGGESTIONS

Let’s take a look at some general tips to ensure a successful trip to Sri Lanka. 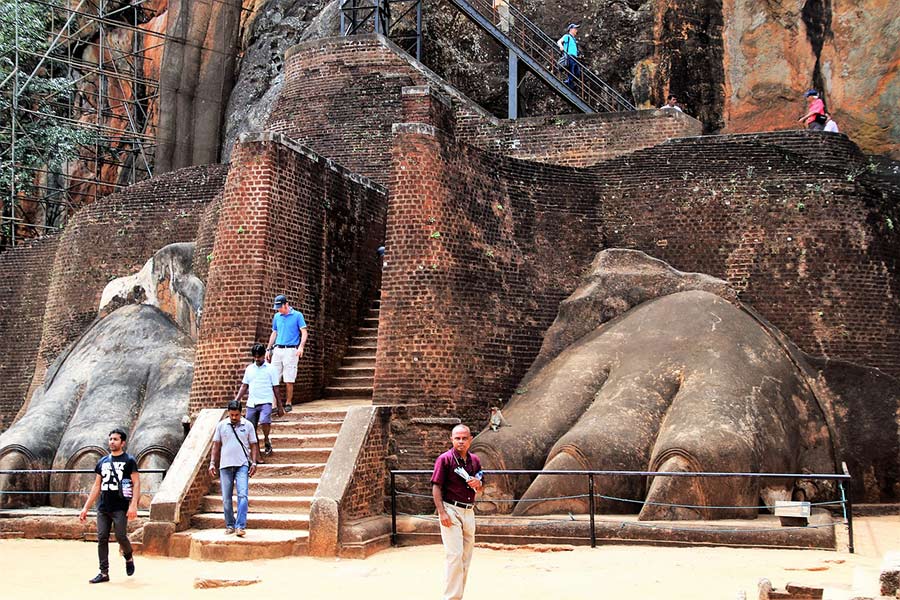 Sri Lanka’s varied and rich vegetation is home to a considerable number of animal species that are completely harmless to humans. The type of tropical climate allows the spread of small rodents that often go to tourist resorts or hotels in search of food. There are geckos, as in our southern countryside, which feed on insects and cling to the walls, and it is also possible to see the flying fox, a completely harmless type of bat that feeds on fruit. In addition to these species, there may also be small, common, non-dangerous insects. It may therefore happen that some of these small animals enter the rooms of accommodation facilities, but this should not lead to the incorrect conclusion that the rooms are not kept clean. These are only animals that live in the vicinity of accommodation facilities, usually surrounded by vegetation. A good repellent will be the only solution in the case of insects.