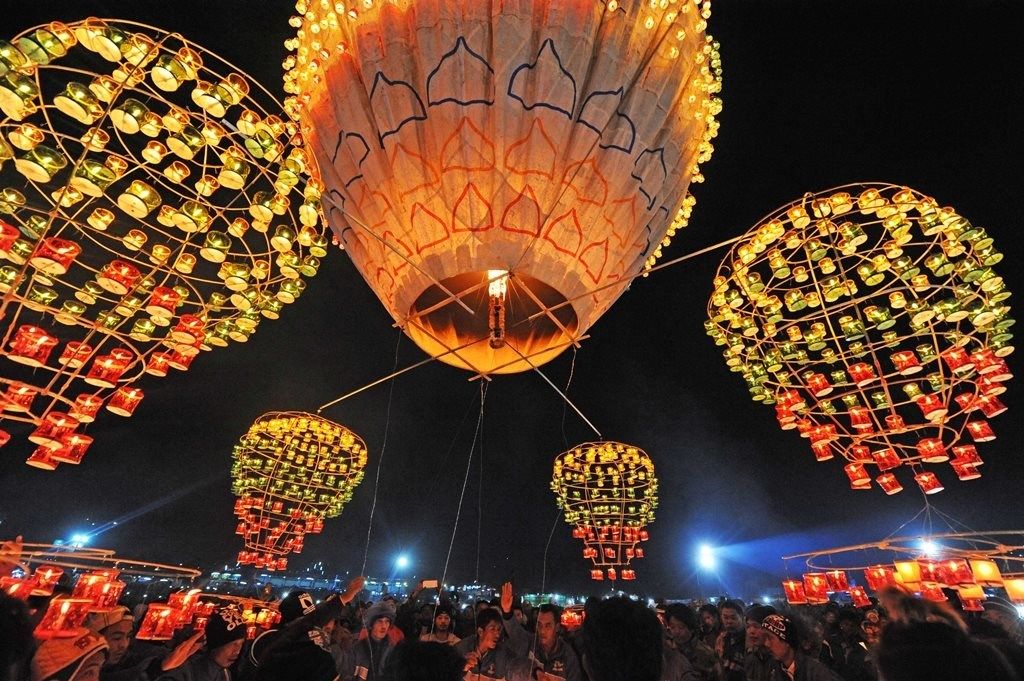 If your idea of fun involves a blurry riot of colour and explosions, look no further than the Taunngyi Fire Balloon Festival, which takes place in the culturally diverse capital of Shan State over several days every November. This celebration is held around the Full Moon of Tazaungmon, a Myanmar national holiday that marks the end of rainy season and is also known as the Tazaungdaing Festival of Lights.
Traditionally, it is a festival to pay homage to the Sulamani Pagoda by sending up decorated hot air balloons, and lately it also became as a Hot Air Balloon Competition Festival and the festival is divided into two parts; daytime competition and nighttime competition. In the daytime, hot air balloons are sent up with the shapes of various animals and mythical creatures, and hot air balloons with firework & fire-cracker (known as Nya Mee Gyi) and lot of lanterns are hanging in the hot air balloons (known as Seinnaban) are sent up in the nighttime.
Although the releasing of balloons is nominally an offering to the heavens to ward away evil spirits, and the national holiday is rooted in Buddhist and Hindu cosomology (it is also celebrated in Thailand, where it is known as Loi Krathong), the tradition of hot air balloon competition in Taunggyi was actually begun by the British in the late 19th century.
The Pa-O tribal community makes giant paper balloons, often in the shape of animals, which are floated up into the sky day and night in a series of competitions.

See our departure for Tazaungdaing Festival in Myanmar