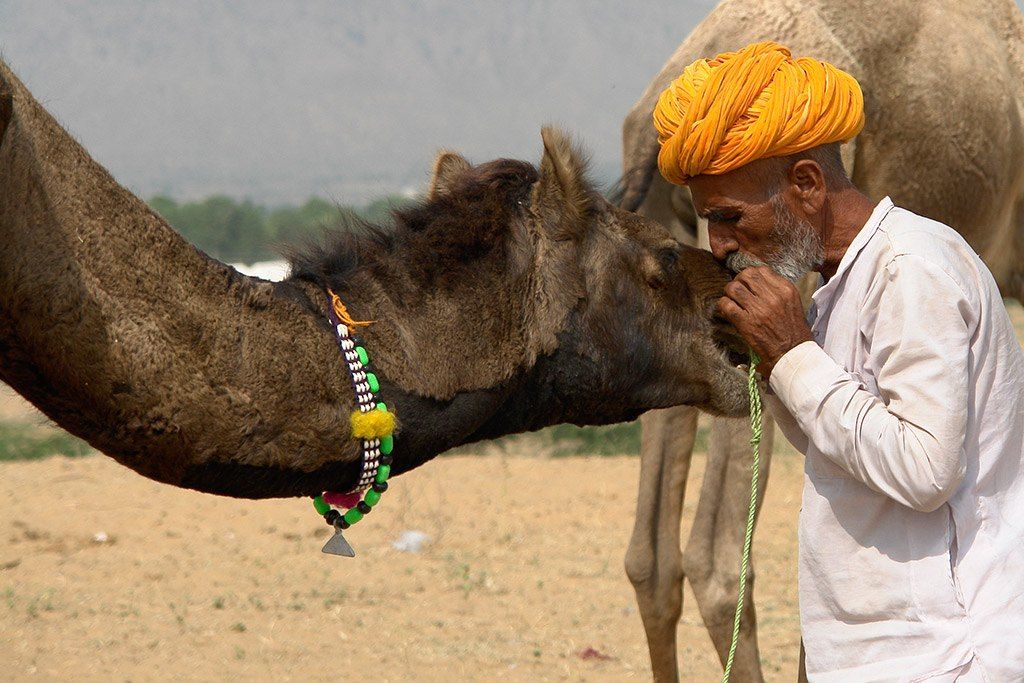 This fair is held for 12 days annually and its cultural, trade and religious fair is an attractive and lively spectacle with Rajasthani men and women in their colourful traditional attire, saffron-robed and ash smeared Sadhus (holy men) and thousands of bulls, cows, sheep, goats, horses and camels in richly decorated saddles. The Pushkar Fair is a famous tourist attraction. People from around the globe come to the ancient religious town of Pushkar which is transformed into a spectacular fair ground in the month of Kartik. People bathe, worship and delight in the dazzling wares of roadside stalls. Camels are bought, sold, beautified, raced and parade. The fair is predominantly a rural gathering. Villagers come from different parts of the state and bring their cattle with them. On spectacular sand dunes camel, horse and bullock races are great crowd pullers. Excitement, gaiety and a keen sense of competition fill the air as the long journey to Pushkar begins. The only temple dedicated to Lord Brahma (the creator) is located at Pushkar. The Pushkar lake is surrounded by 52 flights of steps called ghats. Legend has it that Lord Vishnu appeared at the Varah ghat in the form of a boar. Brahma took a bath here and performed yagna at the Brahma Ghat accompanied by Vishnu & Mahadev. The ashes of Mahatma Gandhi (Father of the Nation) were immersed at the Gandhi Ghat. Pushkar is among the five principal places of Hindu pilgrimage. People consider the water of the Pushkar lake to be very sacred and the ritual of taking dips in the holy water is believed to bestow salvation. It is customary to float lighted eastern lamps on pattals (plates made of leaves) on the waters of lake.

See our departure for Pushkar in Rajasthan