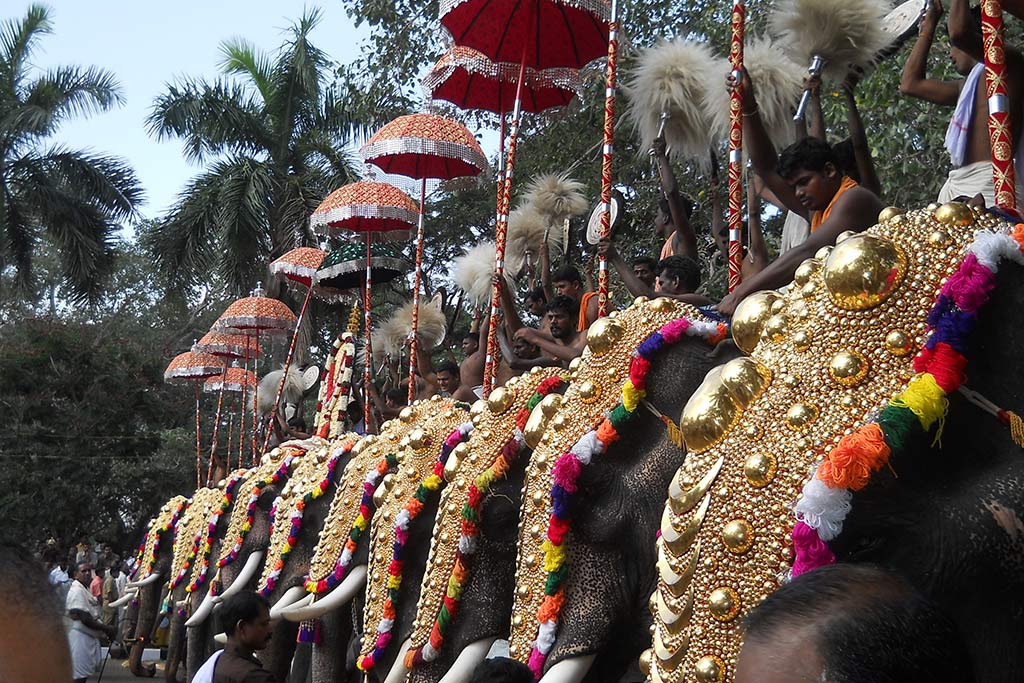 The city of Thrissur is Kerala’s festival hotspot and Pooram – the elephant procession to end all elephant processions – is the festival that outranks all others. Introduced as a spectacle around 200 years ago, it’s an inclusive celebration bringing together Hindus, Muslims and Christians, though it’s mostly about the elephants. The Vadakkunathan Temple is one of the oldest in Kerala and crowns the hill at the centre of Thrissur. Only Hindus are allowed inside, but the mound surrounding the temple has sweeping metropolis views. In the main parade, two teams of 15 beautifully caparisoned elephants face off across the temple grounds. On each elephant’s back, a man holds a parasol taller than the elephant itself, while another waves a yak-tail fan like a feather boa. As the pandimelam (temple orchestra) plays, the parasols are exchanged among the men standing on the animals. All the while the drums continue to bang through the day, and in the night there’s a pyrotechnic display of elephantine proportions, with fireworks going snap, crackle and pop for up to four hours.

See our departure for the Trissur Pooram in Unexplored Kerala